Many of you would have dropped by this blog because you may want to know more about the new cycle for the Malaysian MOE English Literature Component for English.

Many schools would have received the prescibed texts by now. But there are still some novels that have not being issued as they will be used only in Forms 3.

Latest: Form 5 Novels for Literature 2011
There are 3 different novels which will be alloted according to the states; like the old cycle of the 3 novels of Jungle of Hope, The Return & The Pearl.


The 3 novels are:
1) The Curse by Lee Su Ann
2) Step by Wicked Step by Anne Fine
3) Catch Us If You Can by Catherine MacPhail

From the feedback and my own study of the text (Forms 4 and 5), I noticed that the texts are generally simple and straightforward. The authors/poets are mainly unfamiliar ones.

I think the literary texts chosen were meant to be very accessible and fun for our students.

The main different with this current selection of literature texts is the inclusion of dramas or plays. I think it bodes well for the teaching of literature as students will find it fun to act it out.

There is a possiblity that the Literature Component would be very much school-based (PLBS and ULBS), with activities and is student-centred.

One thing I've noticed about the authors chosen by the MOE is they must be "politically correct" in terms of the local writer/poet or the contents. It's really a shame. In modern literature, texts used in schools and universities elsewhere, are not based on their "political leanings" but rather, strictly on MERIT.

Below is list of the literary texts without the Novels:

Short Stories
1. One is One and All Alone - Nicholas Fisk

Poems
1. In the Midst of Hardship -Latiff Mohidin  (The Malay version is found in this blog)
2. He Had such Quiet Eyes -Bibsy Soenharjo (For a fun activity, please go to my blog dated 19th January 2011)

Poems
1. Nature -H.D. Carberry
2. Are you Still Playing Your Flute -Zurinah Hassan (The Malay version is found in this blog)
*There's a controversy brewing about this "ïncomplete" poem. Look in my blog for the Malay version.

Please look out for the Pearson Form 4 Literature Workbook which is co-written by Christine Tan and me. We'll be coming out with a third edition as well. There's also a separate resource toolkit. 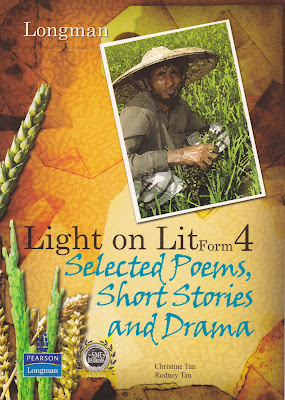 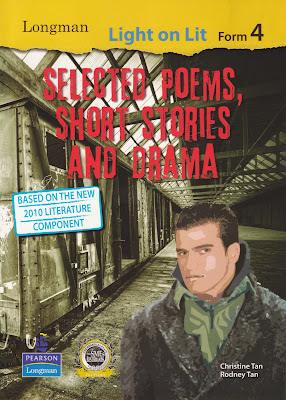